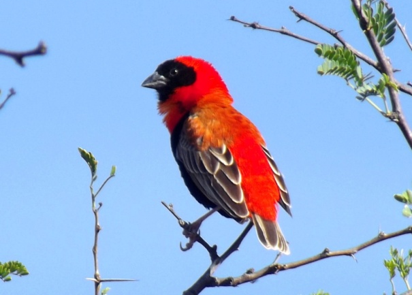 You might well ask why is it that noting the colour(s) of the plumage of a bird is not the first step recommended in this series. (If you missed the previous post, you can read it here.)

Step four: The colours of the plumage and other parts of the bird.

Very often people contact me for assistance with identifying a bird that they have seen. I find that most (if not all!) novice bird watchers (and even quite a number of more experienced birders!) focus on the outstanding colour of an unfamiliar bird as the first step in the process of identifying it. So, when asked to describe the bird, regularly the outstanding colour of the bird (and perhaps some indication as to the size) is the only feature that gets mentioned. They have stared themselves blind at the dominant colour of the plumage, whereas other aspects such as shape of the bird, bill shape and colour, and features of the legs were not considered. This neglect often results in total confusion, exasperation, etc.: “Which one of the many brown birds in the book is the one that I have seen!?”

Kindly note that I am not for one moment suggesting that you should not pay careful attention to the plumage of an unfamiliar bird! In some cases the outstanding colour of the plumage is indeed a dead giveaway as to the species of a bird, e.g. 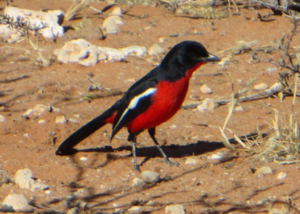 What I am stressing, though, is that at first you should concentrate on the features mentioned in steps one to three, and only then pay specific attention to all the visible colours and features of the plumage.

Regarding the plumage, it is suggested that you should:

Note the general colour as well as aspects such as colour patterns, spots, blotches, stripes, streaks and bars. Be aware, though, that often these last mentioned features can be inconspicuous. Therefore, even if a bird is relatively close to you, it is suggested that you use your binoculars to make sure that you miss nothing. This is particularly important when dealing with groups such as larks, pipits and cisticolas. 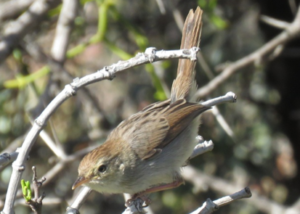 If the bird is in flight, look at the underside of the wings and tail for distinctive colours and patterns. 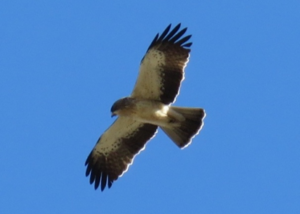 Also pay attention to the following:

The colour of the eyes and whether the eyes are ringed 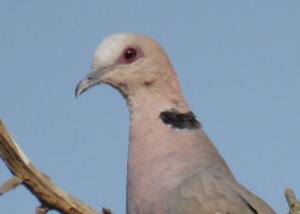 Bare patches and the colour thereof 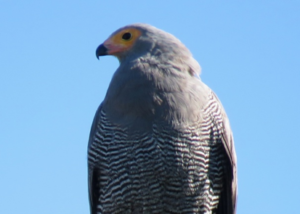 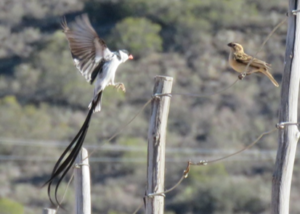 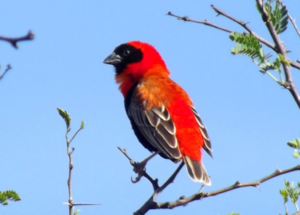 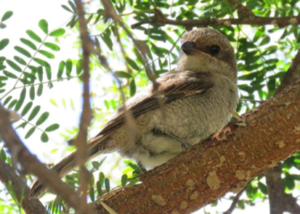